7/27 Friday Round Up: Famous is our second favorite F word

WYD this weekend? Anything fun? Anything boring? Perfect 😎. Tag us in your pictures and use the hashtag #FamousWeekend so we can live vicariously through your fun plans and maybe even show up at the spot you’re at…or not because that’d be weird. 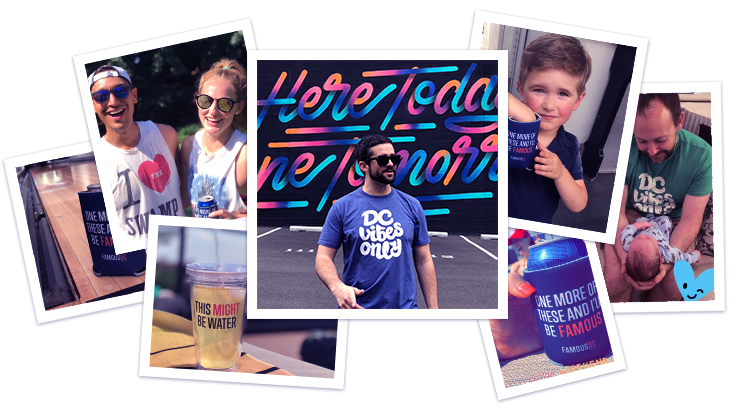 Awesome events: In case you missed our announcement at the top about tagging FamousDC in your pics and using the hashtag #FamousWeekend, let us direct you back to the top [e]. Go ahead…we’ll wait………….. Ok great. You know what we love more than being tagged in your photos? Our chicken fried and cold beer on a Friday night; Can anyone explain why the scoring in tennis makes no sense? Maybe the Citi Open will have the answers; Not sure if you’ve ever noticed the amount of spots in DC named after various animals, but The Black Squirrel is one of them, although not for long #RIP; Black Cat (see?!?!) is doing awkward things this weekend; Beyonce and Jay-Z will most likely NOT be doing awkward things this weekend; National Dance Day is a great day to record yourself doing that dance that everyone won’t stop doing; Go see Dave. Not your friend Dave. Dave the musical. But go see your friend Dave, too.

Did someone say winner winner chicken dinner meal kits? Chick fil A did; For the record, milk and cookies is always a good idea unless you’re lactose intolerant in which case, [e]; The Fat Jewish wants millennials to go out and GET A REAL JOB – so that they can make money and buy real life-size homes; Hey DC drivers, only YOU can prevent the traffic you’re making; Besides, less traffic means less time it takes you to get to the best pizza in town; Anyone who doesn’t know the real life Hamilton Porter is killin’ us, smalls; A new study says its really expensive to live in DC while another one says it’s one of the best big cities to live in. ¯\_(ツ)_/¯

Coming soon: Kathryn Lyons can interview better than she can cook – which isn’t saying much. Here’s a peek at our sharpest interview yet with world famous chef and U.S. weapon of mass destruction, Andre Rush.

COMING SOON: Kathryn Lyons interviews better than she cooks (which isn’t saying a lot). Stay tuned for our “sharpest” #FamousFive yet with Chef André Rush! 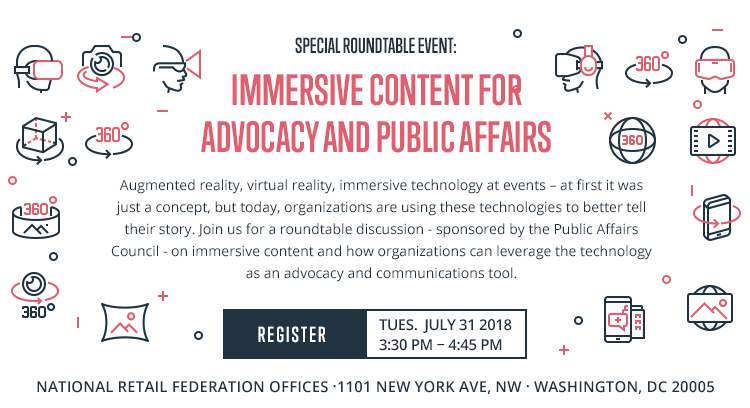 You probably saw the announcement this week that Fiscal Note is poised to acquire Roll Call. In light of this *breaking* news, we compiled a list of 39 notable journalists who once called these stomping grounds home.

FAVOR – We’re going to ask you for a favor. This is only going to take two minutes. For real, we don’t usually ask you to action. If you’ve read this far down, it means you have a few extra minutes this fine Friday afternoon. Favor request time –> take a moment and tell one of your interns thank you. Most of them are finishing up assignments and heading back to school. Let’s all remember we were once those wide-eyed interns soaking in our wonderful city. Tell them thank you, offer to be a reference down the road, maybe a high-five on the way out the door. A quick thank you can help send them back to campus with a positive experience Washington, which will pay dividends for all of us years to come. #DoBigThings summer interns, we’ll see you back very soon; Captain Andrew Shult looks great in camo; We still haven’t heard from Matt Lira; Dave Tate defied the odds this week; The Yankees are thinking about trading for super fan Jeremy Art; Tim Miller loves him some Twitter; We had a blast talking with Christina Mindrup this week; Congrats to Kiely Wilkerson on being named 40 under 40; Good luck to MVCC tomorrow as they attempt to knock off ANCC in the annual Presidents & Generals tourney; Michael Steel is all about the eggplant bacon; Mike Murphy! Where have you been?; Howard Mortman continues to dominate Twitter; The NJI Media dev team dominated this week; This is a special shout out to Danny Le; If we don’t mention Mick Kaplan this week he might get upset; Will Brad Hiscock read this shoutout?; How much wood could a woodchuck chuck if a woodchuck could chuck wood?; We challenge Kevin Madden to a round of golf; Lauren Hagen is headed to the land of sunshine; Zach Basu now prefers to be called Mr. Baxios; Brittany Havens is already emo over the Paul Walker documentary; Hey Sean Hayes; Ask Andrea Riccio who is in charge of the greenhouse; Meghan Burris is going to need a bigger shoe closet; John Kraus got his first Drudge Report link this week when Sir Drudge linked to the cover of BusinessWeek which has 18-year old John’s photo ON THE COVER; Do you know when you meet people and think to yourself, “she’s going to be famous one day”? –> #DoBigThings Marin Cogan; Mark Borelli is a mawdel; If you’re not following Cooper today, your day is already off to a bad start; Kayla Epstein rocked the all-female panel this week discussing women running for office in 2018; Congrats to Goody and the Weather Channel on their Emmy nom!; Josh Dawsey doesn’t want to attend your meeting; The National Press Club looks good on Carrie Sheffield; A special famous-birthday-and-congratulations shout out to Fritz Brogan; Did Lauren Zelt get off at Morgan Boulevard?

Raising our glasses to Megan R. Wilson, who, after six and a half years at The Hill, is moving over to Bloomberg Government to cover lobbying; Maxwell Young is back on Capitol Hill working for Senator Schumer as the Senior Communications Advisor, focusing on SCOTUS nomination; Ian Prior has left the DOJ as principal deputy director of public affairs in order to start later this month as a VP at Mercury Public Affairs; Devin O’Malley has been promoted to Prior’s past job at the DOJ; Kimberly Guilfoyle precipitously left Fox News to join the America First super PAC where she will be on the campaign trail for Donald Trump Jr.; Congratulations to The HIll’s Diana Marrero on being appointed Foreign Policy Magazine’s VP of Strategic Development; Washington Post’s chief correspondent Dan Balz will be a senior fellow at Harvard’s Institute of Politics this coming academic year; POLITICO White House reporter Matthew Nussbaum retired from his position as a journalist to start law school in the fall; Ted Bridis spent 11 years as an editor on the Associated Press’s investigative team and worked at the Wall Street Journal, he is making moves to the University of Florida to honor the journalists and alumnus as the Rob Hiaasen Lecturer in Investigative Reporting; last year, Susan Fowler Rigetti helped expose sexual harassment cases inside Uber, she is nowjoining the NYT’s Opinion section as a tech editor; Winston Wilde, previously an associate producer at NBC, is joining the NBC News’ White House team; #DoBigThings DC!

7/27 Friday Round Up: Famous is our second favorite F word