FamousDC began as an interest – an interest in recognizing the people in DC that typically aren’t. Sure, Ruth Bader Ginsburg is important, but what about the IT guy in the Russell Senate Building? From Capitol Hill staffers to K Street lobbyists and other DC influencers, cofounders Amos Snead and Josh Shultz made it their mission to bring out the best in the Beltway – and do so without anyone knowing who was behind it all.

Fast forward to now, FamousDC continues to be a high five machine and more. Since our outing in the Washingtonian in 2010, FamousDC has grown into a digital media empire reaching over 3.2 million people per month, and has become the District’s go-to resource for people, places and things to do. Today, our audience begins on Capitol Hill and expands well beyond the 202.

FamousDC has made a mark all over the map, and famous faces have taken note. Regular appearances on Fox News and events hosted in Las Vegas, Miami, Houston and Boulder during the 2016 election cycle not only brought us together with our very own Republican and Democratic Members of Congress, but also with the likes of Shaquille O’Neal, Martha Raddatz, Bret Baier, Mark McGrath and more.

Sure, we might be bragging, but that’s what we do. We give credit where it’s due – and we’re really good at it. So good that partners like Uber, Microsoft, PhRMA, Facebook, American Gaming Association, The Beer Institute and National Confectioners Association think so too. Whether we’re hosting events or creating compelling content, FamousDC knows how to draw a crowd in person and in the digital sphere.

For three years, the politics-and-media blog FamousDC has carved out a niche by ignoring the political celebrities that most gossip sites adore and by embracing the press flacks, Hill schedulers, midlevel reporters, and K Street climbers who stand behind—and sometimes are crushed beneath—their famous bosses.

Their workaday exploits and off-hours shenanigans feed a blog devoted to congratulatory profiles, zippy interviews with up-and-comers, and birthday shout-outs. But as satisfying as the dispatches are to FamousDC’s fans, trying to guess who writes them has often been even more fun.

Attempts to out the authors of the group project have been fruitless. But recently, FamousDC’s founders decided to end their self-imposed anonymity: Amos Snead, a principal at the public-relations firm Story Partners, and Josh Shultz, a partner at the digital-communications agency NJI Media, turn out to be the affable scribes behind the chatty site.

They’re a pair of thirtysomething Southern transplants—Snead is from Alabama, Shultz from Texas—who seem never to have lost their twentysomething wonder at all the esoteric awesomeness of life inside the Beltway.

The duo began writing during their off-hours, when Snead was a Capitol Hill press secretary and Shultz was the director of new media at the National Republican Congressional Committee. In their day jobs, they were courting bloggers. At night, they were bloggers.

Ever since, FamousDC has succeeded by never losing sight of its audience. “We started writing about people who we wanted to read the site,” Snead says. He and Shultz also validated notoriety on a smaller scale. “Joe Biden is a big deal,” Shultz explains, “but so is Doris, the cashier at the Longworth House cafeteria.”

FamousDC isn’t all about pats on the back—it got a lot of attention for posting a foul-mouthed and cutting spoof of what’s inside Rahm Emanuel’s in box. But, Snead says, although tipsters have frequently offered potentially damaging revelations about third parties, “we never carry anyone’s dirty water.”

Acknowledging that the mystery of FamousDC was part of its allure, Snead and Shultz are uncertain about what will happen now that they’re coming out of the blogging closet.

“If I had an answer, it probably would mean we’re overthinking what we’re doing,” Shultz says. He and Snead plan to continue managing a team of a dozen or so volunteer bloggers, who, for now, shall remain nameless. 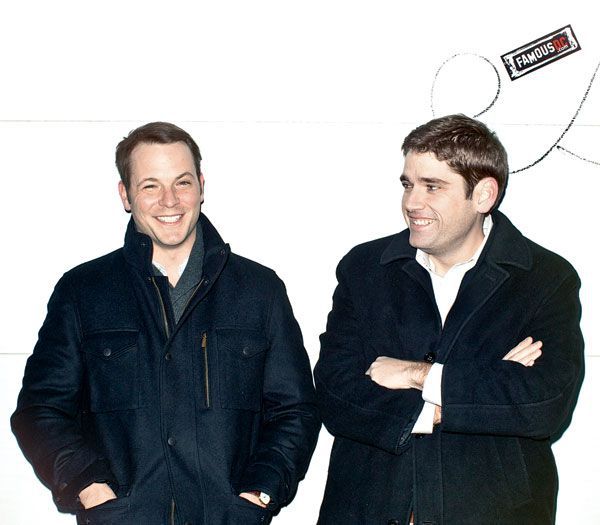 This article first appeared in the January 2011 issue of The Washingtonian.