7/13 Friday Round Up: You’re the highest level of special

Awesome events: Why are you still at work and not dreaming about bathing yourself in margaritas and guacamole over at Mission’s newest spot in Navy Yard?!; There are few things we love more than tequila and bad decisions – and ice cream is one of them – especially when it’s free. Now that’s cool ❄️; Know what else is cool? Beer. Bluejacket and friends are pouring all-star craft beer and specials for their all-star fans all weekend long; And speaking of fans, the All-Star FanFest kicks off TODAY; While the National Museum of American History hosts its All-Star Film Festival; It’s time to wake up and smell the sunflower fields; Who needs the World Cup when you can have a brand spankin new stadium?; Shania Twain in DC – That don’t impress me much.

ROUND UP PRESENTED BY

Growing homeownership rates in the Hispanic community is key to building wealth and financial stability. Starting in 2015, Wells Fargo pledged $125 billion in home lending for Hispanic homebuyers over the next 10 years, with a goal of $10 million to support related financial education and counseling. More than 87,000 Hispanic families have already purchased homes from 2016 to 2017 with help from Wells Fargo.

If you don’t know about National Advocacy Day, you probably should; The OG Sweetgreen in Georgetown has found its purpose again and it involves frozen yogurt; Overwhelmed by the all-stardom happening in DC? Here’s a guide for the next several days; A girl got engaged at Disney and needed some space right after; If you like hummus, don’t read this. Or do. We don’t care; 2 Amys becomes No Amys :(; Here are some places in DC to eat your feelings; A teen got his wish to be a Senator for a day; FYI Katy Perry had her first number one hit 10 years ago today; Have you ever walked down the street with a lemon?

Flashback Friday: Geoff Embler is a public affairs professional by day and aspiring comedian by night. You can catch him telling jokes at comedy clubs around town, in the shower, or in front of his mirror.

Just when we were losing all hope in the internet (Twitter, really) Charlie swoops in and saves the day 🐶 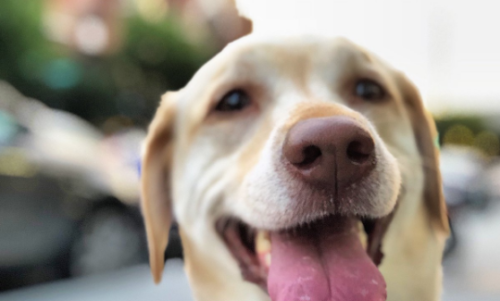 Have you started planning for Jon Tripp’s birthday yet?; Does Cory Fritz read this far down?; Shout to DJ, Sophia and Ryan for continuing to raise the bar week after week; We’re wondering if Trudi Boyd can help us with our interior design; Ask JG about his Hank Sauce adventures; The question remains: will Erin Veltman move to Ireland?; Hard to outwork Allie Brandenburger; Nikki Schwab, jurist by day, reporter by night; Patrick Wilson went to Japan and forgot to invite us; Rumor has it Nick Desarno reads the Friday Round Up; Andrew Fimka has been dialed in; Are you ready for the MLB All-Star game? If you catch a baseball at the game and tag @FamousDC in the post, we’ll buy tickets for your next game; Fritz Brogan and Reed Landry are Mission ready; Taylor Swift concert social media posts > Metro complaints; Taylor Swift concert social media posts < Instagram story electric scooter rides; Tara Palmeri is dominating Brussels (again!); Hey, look at Audrey Henson and College to Congress in the New York Times #DoBigThings; TRIVIA: Who is Dwight Howard? a) candidate in Florida House race b) member of the Washington Wizards c) Kathryn’s favorite teacher in college; Abby Matousek rocks; Shoutout to the Seasonal Employment Alliance (SEA), Amigos Labor Solutions Inc. and Lindy’s Seafood Inc., who hosted a summer seafood event on Capitol Hill this week. The event featured seasonal employers and employees who depend on the H-2B program handing out fresh crab samples to hundreds of Congressional staffers and passersby while raising awareness about the importance of the H-2B program; Did Holly Campbell, Richard Hudock, Daniel Swartz, Dana Bash, Lauren Pratapas, Juliet Johnson, Logan Dobson, Jake Wilkins, Evan Dixon, Stacey Light and Joy Lee and all of DC go see a concert this week?; The Sandlot is older than you are; Can someone wake Jordan Frasier up and let him know it’s Friday; Find someone that looks at you the way Sen. Chuck Grassley looks at the History channel; Pete Souza has a book coming out that seems anything but shady; We lost Cody simmons to the wilderness; Only the finest sombreros for Kelley Hudak and Ben Napier!

NFL drafts S-3’s Todd Wooten to manage the NFL’s federal government relations division; Julia Eddy Rokala is joining Cassidy & Associates as senior VP. She previously was working for Representative Doris Matsui from California; A congratulations is in order for Jonathan Felts who will be the new SVP of client relations at DDC Public Affairs. He was previously a public affairs consultant in Raleigh and the former Bush White House political director; Starting this week as campaign manager for Sean Patrick Maloney’s for N.Y. attorney general is Caitlin Girouard; Taking over her previous job as communications director for Senator Amy Klobuchar is Kristen Hartman; Ashe Schow is the new Senior Editor at the Real Daily Wire that will be covering campus issues and Capitol Hill; Joining Mehlman Castagnetti Rosen & Thomas is Helen Tolar who was the former chief to Senator John Boozman and staff director for the House Veteran Affairs Committee; Weijia Jiang has been named a CBS News correspondent covering the White House; Bloomberg Opinion has hired Rachel Rosenthal who was a former reporter form the Wall Street Journal; Making moves from Law360 to Bloomberg Law as an intellectual property reporter is Kyle Jahner; Formerly an editor at POLITICO and current staff writer at The New Yorker Susan Glasser is joining CNN as global affairs analyst; Jack Rotherham who was previously the chief marketing officer at Comcast’s FreeWheel is joining the Hill as publisher; Joining the team at ProPublica is Jack Gillum who was most recently an investigative reporter at the Washington Post. Christina Bellantoni will be joining the USC Annenberg School of Communication and Journalism where she will be a professor of journalism and director of the student newsroom; Congratulations to Jaclyn Rutigliano on being names Vice President of Global Brand Amplification at Eaton Workshop. Jaclyn departs Sunshine Sachs after nearly 11 years.

7/13 Friday Round Up: You’re the highest level of special