Awesome events: Get your fill of LOLs all weekend long; Even at Capital Laughs on H Street!; Catch some Purple Rain tonight at the 9:30 club; Take yourself out to the ball game (against the Mets); Brookland has crabs; You officially have no excuse not to learn how to salsa dance; Beer week continues through its last weekend. Sad; Wrap up your weekend at the 2017 17th Street Festival in DuPont!

Ok, so maybe giving a group of already rambunctious children a ton of cookies wasn’t the best idea we’ve ever had, but it made for a good video. (And a good reminder that kids are fun when they’re not yours).

Soon you’ll be able to put a glass to Kim Jong Un’s face; Think you’ve seen every piece of art in DC? Think again; The most anticipated restaurants in DC this fall; These fake news videos are for real (via DCist); This solar eclipse coverage from Shepard Smith is everything you didn’t think you needed to know about science; Obviously Taylor Swift is going to disrupt your life with an announcement; Here is everything you want to know about money (but were too afraid to ask); Will we actually be able to afford Whole Foods now?; Why yes, we actually do have 1,200 friends IRL; Because we’re just as into cake this week as we were last week.

Ain’t no party like a National Park Service party! No, really. Today they turn 101 years young and they’re still kicking it – and giving us really good backdrops for Instagram. #HBDNPS

For that special wall in your life. 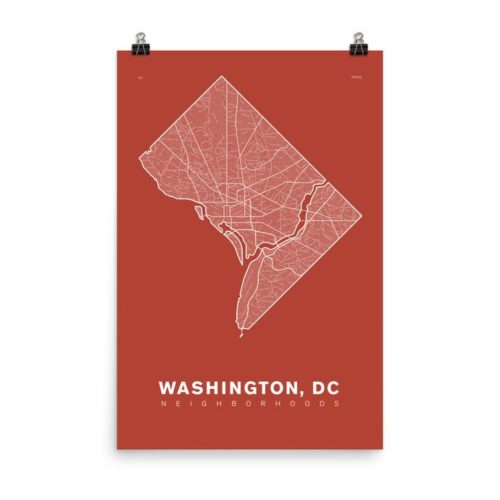 For those that still don’t understand the science behind the total solar eclipse that occurred earlier this week, here is a super quick video that doesn’t explain anything, but does have us jonesing for a cocktail. 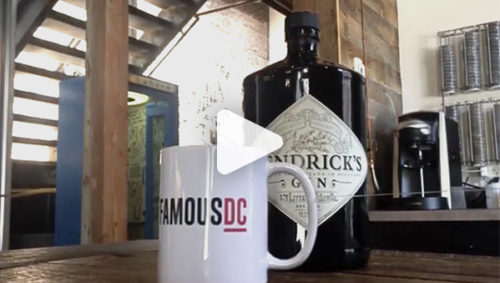 After more than two decades, Fox News Channel’s chief political correspondent Carl Cameron has announced his retirement. Cameron first joined the network in 1996 and has played a pivotal role in political and campaign coverage ever since; Former Washington bureau chief for McClatchy and award-winning journalist James Asher has been named a news editor for AP’s Washington bureau; Fielding Greaves joins AdvaMed as director of state government and regional affairs, based in California. Greaves, who most recently served as legislative director for the California State Assembly, will lead advocacy strategies at the state level and serve as a liaison to regional groups; The Wall Street Journal has named Jay Sapsford, most recently president of the U.S.-Japan Business Council at the U.S. Chamber of Commerce, as deputy D.C. bureau chief; Julie Morse, most recently a producer for MSNBC, is joining “CBS This Morning” as a producer; Facebook adds Brittany Uter from Vox Media to focus on strategic communications; Will Serio recently joined the office of Rep. Rosa DeLauro (D-CT) as communications director. Before this, Serio was a press assistant and legislative correspondent for Rep. Joyce Beatty (D-OH); BuzzFeed News welcomes veteran New York Times business editor Jennifer Kingson to lead its business section as business editor; From Foreign Affairs, managing editor Jonathan Tepperman is making a move to Foreign Policy to serve as editor-in-chief; HuffPost adds Luke O’Brien and Tommy Craggs as a reporter and contributor editor for Highline, and senior enterprise editor; Victoria Bell, most recently a government affairs manager at Polaris Consulting, is now a policy analyst at ExcelinEd; The National Beer Wholesalers Association welcomes Eric Bunning as director of federal affairs. Bunning makes the move from the office of Rep. Andy Barr (R-KY), where he most recently served as a senior legislative assistant; Christopher Jones recently joined the National Grocers Association to lead its government relations efforts as vice president of government relations and counsel. Jones previously was legislative director for Rep. Rick Crawford (R-AR); JPMorgan Chase adds former director at Precision Strategies Caitlin Legacki as vice president of communications for corporate responsibility; From the Senate Foreign Relations Committee, Bess McWherter is joining PepsiCo as a government affairs coordinator; The WSJ’s Peggy Noonan recently made her debut as a political contributor for NBC News and MSNBC; Former vice president of digital at EMILY’s List Caitlin Mitchell is the DNC’s new chief mobilization officer, a new position focused on digital, online fundraising, and marketing (h/t Politico); And finally, the new fall fellows class at Georgetown’s McCourt School of Public Policy includes Ron Bonjean, Mike Dubke, Marie Harf, Patrick Murphy, Liz Sidoti, and José Díaz-Balart as a visiting fellow.

Blair Ellis is giving us European dessert envy; Is Dayton the Doxie ready for college?; Is Becky Card Taylor Swift’s biggest fan?; Energy and Commerce has a fresh new website (and coat of paint); Adam Sharp missed a very important question on the logo quiz; We’re excited to hang with Phil and Joyce this weekend!; Feel better Raleigh; Help Katie Harbath find a new gym bag; Hey Elizabeth Podgorski – you out there?; Tommy and Chrys appear to be having no fun on their honeymoon; Ask Ken Farnaso about packing his car up four years ago and moving to Washington, D.C.; Seriously Apple. We JUST bought a new phone; Nicole Daigle is the Michael Jordan of fishing in Alaska; Does Clinton Yates still read this far down?; Rachel Bade rocked the front page of her hometown paper; James Hohmann continues to expand the PowerPost empire; Cheers to Jenn Sherman’s birthday weekend!; How many minutes has Will Allison spent outside?; Todd Wooten rocks conference calls from the soccer field; Brittany Havens is a pretty awesome aunt; Someone give Alia Khan a step stool; Thanks for the tacos, Sarah Smart; David Almacy forgot to invite us to see Hamilton; Josh Shultz is a good human; Southwest Airlines is the official airline of FamousDC; We miss Julia Williams; When are the Beckers coming to visit us?; Rachel Taylor, we’d like to invite you to a FamousDC GOT viewing party; Welcome back to DC Jen Riedinger!; Andrew Fimka is the hardest working man in the business;  Is Archie Smart going to Renn Fest tomorrow?; Happy birthday, Julia Williams!; Did Michelle Fields have the most awkward encounter out of anyone this week?; Ashlee Strong is winning at summer; Teddy Wilkins knows how to work a booth; Who had the best eclipse day in DC?; Gretchen Hahn makes the rest of us look lazy – mainly because we are; Congratulations to Jacob Dowd at NEA on his great new haircut; Thank you for your contributions to society and slack channels, Dave Tate; DJ Jamiel could put in a little more effort in acknowledging Jonah Van Why; Welcome to the team, Jessica Kusuma!; How many more weather graphics until Drew Ellis is basically a meteorologist?

To our friends in Texas, stay safe out there.