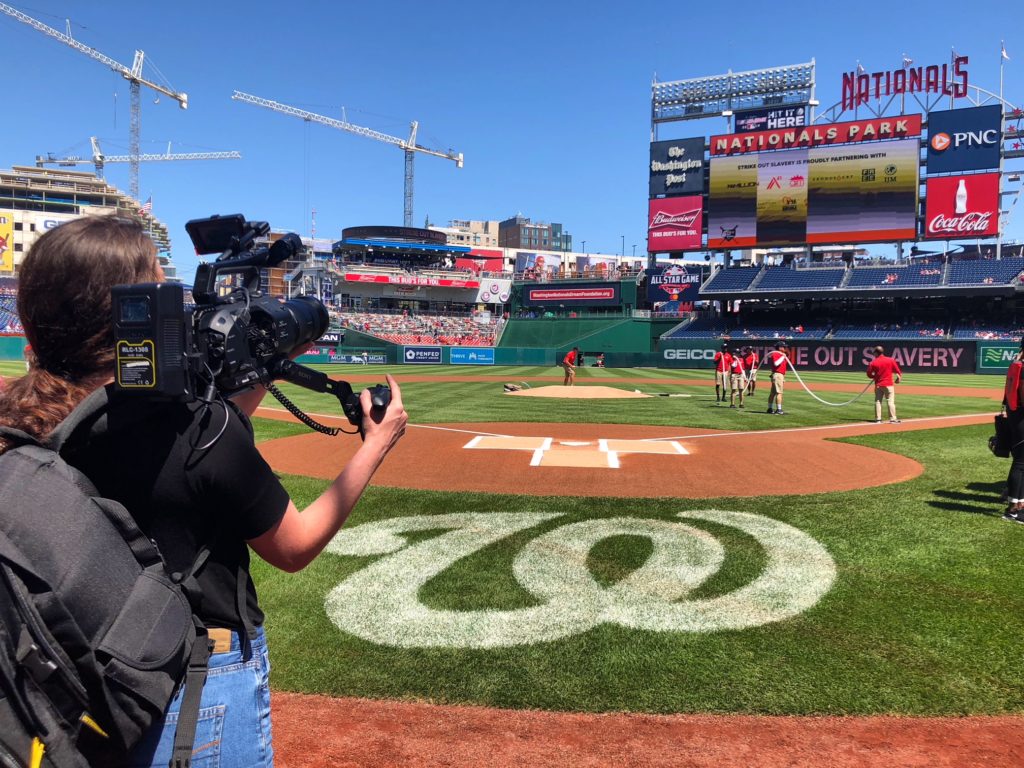 Awesome events: Is it Friday yet? Yes, yes it is. Arsenio Hall is bringing the funny to DC Improv tonight and tomorrow. The laughs come free with the purchase of tickets; Wanna try something new this weekend? Fairfax Comic Con is hosting its first ever convention. (Dressing up strongly encouraged); The Taste of the World festival is bringing together food and culture from various countries to highlight the diversity that resides in DC – did we mention food already? Because there will be food. We like food; Another festival to keep on your radar will be on 17th Street. For 8 years, the 17th Street Festival has proudly showcased the restaurants and retailers that add to the bustle of the neighborhood; Arena Stage hosts a fun-filled and family-friendly Community Day tomorrow featuring live music, aerialist performances and a damn cool time; The only thing we like more than brunch, is a list of where we can get brunch.

DC is about to reach the most carjackings it’s seen in decades; You may want to take notes on how kickass women start their days (h/t Rachel Reiff Ellis); We don’t care what this article says, guacamole is good for us; Diner en Blanc is back this weekend and the verdict is still out on where it’ll take place; The FAMOUS Magnolia Bakery is making its way to DC (and we know famous); Uh here’s an idea – if you’re going to pull a family prank, don’t make it look like an actual abduction; It’s almost that time of year again – how many Michelin stars will DC get this year? Important! A Capitol Hill dog is in the running for People Magazine’s list of cutest rescue dog contest! Vote for Cloture! (h/t Jonathan Abdnor)

What happens when you give a bunch of kids cookies and milk before they even have to ask? Nothing good. 🍪

Feeding children a bunch of cookies isn't so bad (when you're not their parent). Getting kids to play with the Ultimate Cookie Dipper was the easiest thing we've done all summer.

Summer, I’ma let you finish, but football season is right around the corner 🍻 🏈 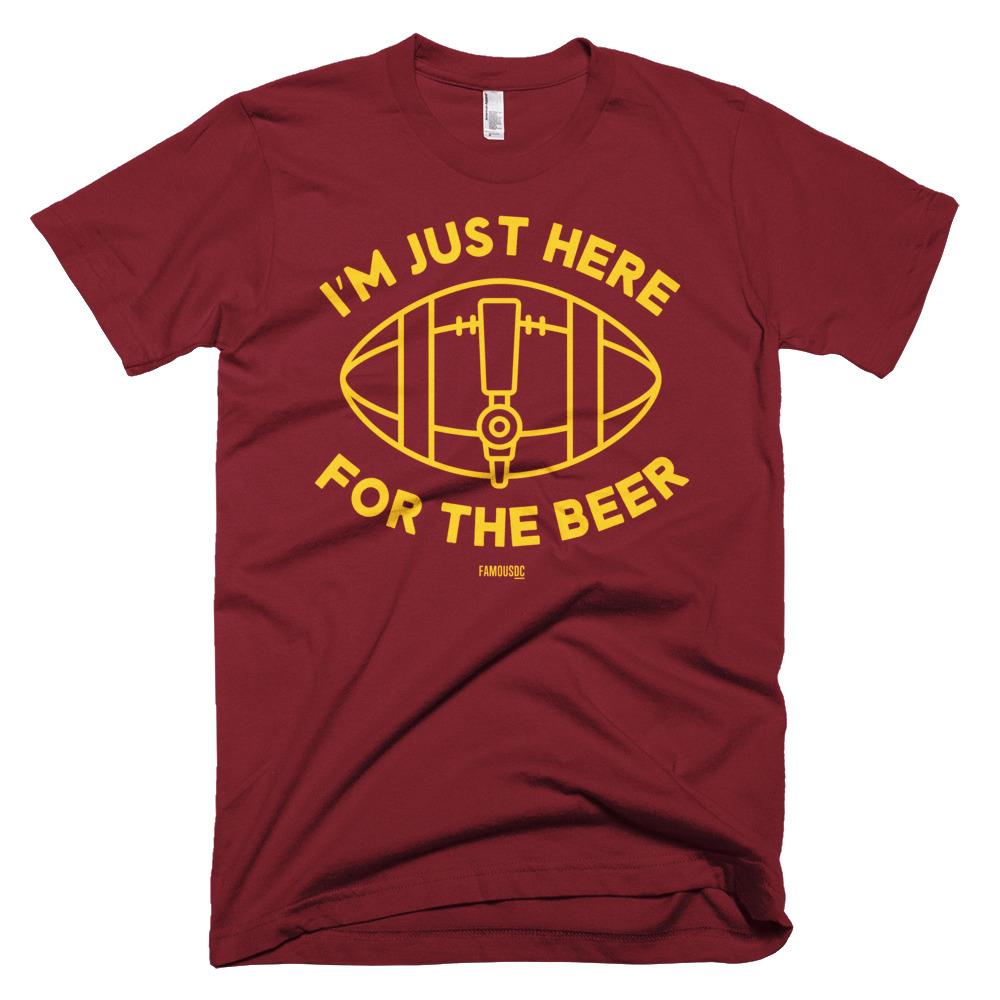 Congratulations to the Eichhorns on baby Charlie – the best Windians good luck charm; Hey, is that Ian Prior on our TV?; Justin LoFranco chalked it up on the front page of Google News; The Nationals are like hanging around, sorta doing the DC thing where they might make the playoffs. Ask Niels Lesniewski where he thinks Bryce Harper will end up next season; Then ask Jeremy Art the same question; Make sure you follow Taylor Lorenz on Twitter – completely fascinating reads on social media and Generation Z; Did Caroline Kenny get her answer from Ben?; We’re not cool enough to know what Go Lebo means Dorey Scheimer; John Hudson makes a great wall model; Happy 4 years Matt and Aly Jacobs!; There are many ifs, ands, and butts on Samantha Buzaid’s trip to Portugal; We stand with Avery, Abra Belke; Chris and Kristen Soltis Anderson have left the Shire. Repeat, they have left the Shire; You really sure that was Ryan Gosling and not Darin Miller in Drive?; Peter Suderman’s rum diaries are just ingredient lists, we think; Robby Soave needs to calm down about scooters; Who knew that Christy Lewis is now the Soviet-style poster czar for new government agencies?; Seung Min Kim needs to shout a little louder next time; Good on Mike Riggs; Beverly Hallberg is going to make us something involving turmeric and lemongrass at some point, right?; Patti Simpson can get you a job anywhere, pretty much; Monica Hesse needs to tell us more about her hometown; So did Tim Mak stop by the Court for his rendezvous with Michael Cohen?; Kevin Glass should look into Instant Pots; Hannah Yoest finally found time to garden amidst all that publishing; Oh no, Benny Johnson is now airborne; Bryce Taylor Rudow isn’t the king of comedy, but he’s definitely an ambassador; Aaron Golds from GPG was spotted at Stoney’s celebrating his third decade on earth. Happy belated!; Cate Cullen came face to face with a large margarita; Allie Yielding is giving us the best of San Fran on Instagram; We hope Jon Tripp is right about Fall being right around the corner; Travel safe Hannah Mooney; The Art’s will never give up on the Nets; Good luck to all the kiddos starting school; FloorCharts has something yuge planned for September!

After 5 years at FSR and BPI, Alison Hawkins will be joining Wells Fargo where she will dive into external affairs. Big congrats!; Darrell “D.J.” Jordan is joining Pinkston Group, the strategic comms firm, as director. He most recently worked as comms director for Senator James Lankford (R-OK); Gabby Morrongiello is making moves from The Washington Examiner to POLITICO. She will continue to cover the White House when she starts in October; Today is Brian Johnson’s last day at API. In September, he will join The Vogel Group as a principal; Austin Carr is joining Bloomberg’s global technology team. He previously was a senior features writer at Fast Company; Michelle Caruso-Cabrera is teaming up with the board of financial service company Beneficient. She is a 20-year CNBC veteran who currently serves as chief international correspondent and co-anchor of “Power Lunch” and she will remain at CNBC as contributor and guest host on “Squawk Box;” Chris Stewart is rejoining the WSJ’s investigative team as deputy editor. He most recently served as the financial enterprise editor; Fred Kerber is retiring from the New York Post after 48 years in the sports writing business. You will be missed!; Morgan Chalfant has made moves at The Hill to national security reporter. She most recently covered cybersecurity; After two decades as an editor at the New York Times, Mary Suh is joining the editorial team at AtlanticLIVE as a senior editor; People are making moves at POLITICO Pro: Alice Ollstein joins the healthcare team; Rebecca Rainey started this week covering employment and immigration; Graph Massara joined ProWeb team this week as copy editor; And Ryan McCrimmon joins next week as an agriculture reporter. #DoBigThings