8/17 Friday Round Up: If at first you don’t succeed, trial again

Awesome events: Did you know that a lot of paydays strategically fall on Fridays so that you blow all your money over the weekend, forcing you to go back to work on Monday because you have none left? It’s true – we read it on the internet; Here are several opportunities to blow your money this weekend: Money is funny, but you know what else is? Comedy. Bruce Bruce is at DC Improv and Joe DaRosa will be at Drafthouse Comedy to tickle your funny bones. We’re not sure what that means, but it sounds nice; Alexandria Restaurant Week kicks off today with over 60 restaurants all coming together to find a cure for your hanger; The Around The World Cultural Food Festival can also help with that; If you’re feeling a little crabby, head on over to National Harbor for the Chesapeake Crab and Beer Festival. There will be lots of beer – and the kind of crabs you’ll want to catch; DC Beer Week celebrates 10 years this Sunday with lots of fun beer stuff for a whole week.

Rock Steady Aretha Franklin #RIP;There was a teeny tiny little earthquake outside DC last night; There’s all this talk about “natural wine” but Dino Wine Bar on H Street already beat y’all to it; If eating carbs is wrong we don’t want to be right; Congressional Cemetery: you have to see it to bee-lieve it; In horrific news, here’s a list of structurally deficient bridges in the U.S.; Looking for a fur child? You might want to consider this weekend!; Millennials are killing mayonnaise, but emails will kill us first.

It’s unknown when the first ice cream pie came to be, but we have reason to believe that the first pie with ice cream on top was ordered in the 1800s and that’s close enough. No pie emoji sightings so here’s a piece of cake instead 🍰

Audrey Henson was a lot of us when we first moved to DC: eager, ambitious, ready to take on the world — and also broke. That’s why she started College to Congress — so she can motivate young college interns to remain eager and ambitious, and power past the “broke” so they, too, can take on the world. 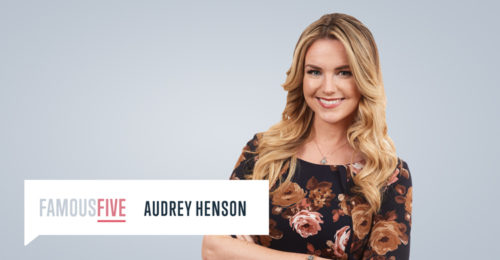 DaQuawn Bruce, a former Capitol Hill intern was hit by a stray bullet last week upon returning home to Chicago from his summer internship. Please take a moment to visit his GoFundMe to support DaQuawn’s recovery; Lauren Aaronson and Phil Bianchi celebrated the one year anniversary of their first date this week – hope they have a blast and couldn’t be more ‘satisfied’ with their Hamilton tickets this weekend!; Spotted across the pond at the glamorous Es Torrent restaurant (a favorite of George and Amal Clooney): Nick Owens celebrating Matt J. Lauer’s birthday lunch hosted by Lauer’s wife Samantha Sault, author of the new Moon Washington DC guide; Judy Kurtz Altscher is punny; Who wore it better: Kristen Soltis Anderson or the floor?; Erin Amsberry wins for most likely to forgive us; Congratulations to Matt Handverger and Sarah Struble on their wedding; Mike Murphy is a real lyrical genius; The Grella family is already in midseason form; Kathryn Lehman likes a good salmon Caesar salad; Perhaps Andrew Fimka’s mom now knows what he does for a living; Mick Kaplan says we spell real good; Can’t wait to hear about the trip Sarah Fritz is on; Shout out to the Willie Nelson Invitational participants including Matt Haase who is reading this; Welcome Erin Lange back to the United States after she CIRCLED THE FREAKING GLOBE; Justin Hanson looking sharp on KasieDC; Jamie Harrison spent some time with Chris Paul and James Harden discussing what round of the playoffs the Lakers will exit near year; You guys, we’re all safe on those late Blockbuster rental fees; Ali Newsome is now ready to lead the NSA; Caitlin Dietze spotted road tripping through the US; Where in the world is Troy Lyons traveling to today; Sarah Hudson has the best seats in the house; Congrats Whitney and Dave Maggio on their new mortgage; Spotted on the golf course: Andrew Rafferty’s mulligans; Matt Yurus’ golf swing knows no limits; Grace Embler is the kind of news anchor America needs; Congrats to Gretchen Gustafson on her new last name <3; Members of Congress: they fangirl just like us (h/t Kurt Bardella)

Let’s hear it for Lisa Lerer who will be taking on her new role writing for the New York Times in the Politics Newsletter. She will be joined by Tom Wright-Piersanti; Heading down to the District from New England is Jess Bigood to join the Boston Globe in the Washington bureau as a national political reporter; Joining the Guardian U.S. from POLITICO is Emily Holden who will be covering Climate and Energy; Just in time for this season’s kick off, Les Carpenter is returning to the Washington Post to cover the Washington Redskins. He most recently worked as a senior writer at Yahoo Sports and The Guardian; Ivylise Simones, currently Wired’s design director, is joining Huffpost as its first Creative Director for news; Jackson Richman is making moves to JNS.org as the Washington correspondent. He previously was editor at the National Discourse. And the Los Angeles Times is hiring! (h/t Mark Barabak) Aka lots of opportunities to make moves #DoBigThings

8/17 Friday Round Up: If at first you don’t succeed, trial again