Awesome events: It’s been a week. Treat yourself to a breather and a little downward dog on the Line Hotel rooftop; But if you’re looking to get folked up – the Smithsonian Folklife Festival will cater to your needs all weekend long; It’s Final Friday at Town – they’re going big tonight before they go home; 60 is the new 30 just ask Friends of the National Zoo. They’re turning the big 6-0 this weekend and they wanna party; It’s another “part concert-part party” for Ben Folds tonight at the Kennedy Center; The Yards Park is hosting Rose All Day tomorrow and also providing you with several instagrammable opportunities; It might be Sunday, but don’t wind down just yet – Wonderland Ballroom is hosting a brunch comedy show called Bottomless MimosHA’s and it’ll be funny because look at the name.

ROUND UP PRESENTED BY
National Confectioners Association
Summer is heating up as we “wave” goodbye to #NationalCandyMonth! But good news: AlwaysATreat.com is available year-round as your resource to learn more about how America’s leading chocolate and candy companies are empowering consumers to make informed choices when it comes to their favorite treats. 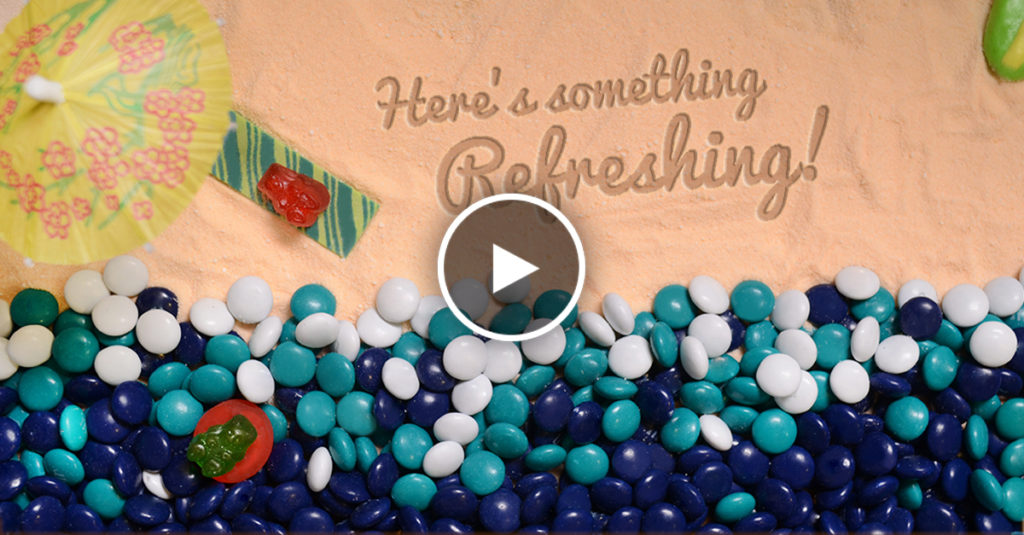 Lauren Ober said it well. We stand with the Capital Gazette and Annapolis community; P(et) Service Announcement: The Humane Rescue Alliance is waiving adoption fees this weekend!; A bunch of Rite Aids are using Barry Manilow songs to scare people away; OMG how did we go so long without a collaboration between the Backstreet Boys and The Roots?; At least you’ll be able to check instagram while you wait a half day for the Metro; Speaking of millennial things, our Managing Editor Kathryn Lyons knows a thing or two; Mmm we weren’t really thinking about pancakes, but now we are.

This summer, in an effort to avoid heat hanger (we have yet to find it on WebMD), we met with DCity Smokehouse Pit Master, Shawn McWhirter, who gave us the skinny on some lean (and damn good) brisket – just in time for the Fourth of July 🇺🇸

What’s buzzing on Capitol Hill? Alex Gangitano’s scoops – whether it’s on the steps of the Capitol building or inside the halls that hold it up, Roll Call’s Heard on the Hill reporter has the news you didn’t know you needed.

Happy 30th anniversary Tortilla Coast! Your tacos age like fine tequila; Kyle Dropp is droppin ideas this week in Aspen; Did Goody get the Home Depot roll though?; We’ll take your 2000s and raise you the 1990s, Caroline Kenny; Spotted striding: Fox News’ Shannon Bream and Anna Willey running SCOTUS opinions like professional sprinters; How long exactly has Rep. Kevin McCarthy been waiting to be featured on Frank Thorpe’s Instagram?; Congrats Emily Griffin and Kate Andersen Brower on two amazing DC book launch parties this week; Spotted at Side Car supporting the great Kate: Kate’s husband and CNNer Brooke Brower, Kasie Hunt and hubs Matt Rivera, Chris Cillizza, Michael LaRosa, Richard Hudock; Make sure you take Kaya Singleton out for a bday drink; Bill Gates was spotted on the Hill this week which officially makes him a HillBilly; Did TomCat Simei purchase his Meowica tank in time for the Fourth?; Charles Sublett should think twice before eating cookies; Jordan Davis is celebrating his birthday by shopping for the newest Puma basketball shoes; Danny Lyon is on an epic road trip with his boys; Congrats to Steve Johnston on his move to FlexPoint Media; Lauren Pratapas looks great in canola fields; Know what is AWESOME? Bureaucracy and D.C. music festivals!; Hello Matt Faraci!; We missed Mick Kaplan’s birthday and while we feel sort of bad, we also realize he’s a grown ass man and will be just fine; Hey Nedd, what’s the deal?; We remember when Ted Prill used to respond to emails; Still living vicariously through the life of Stefanie Petropoulos; Stop, reflect and breathe; Who is partying with LeBron James tonight at midnight?; Tell Roy Schwartz congratulations on Axios being named “Best Digital News Start-Up”; Did Alana Wilson go fishing WITHOUT Cassie Smedile?; #DoBigThings Bettina Inclán-Agen – named a Future 40 honoree by Maverick PAC; Did you tell Tony Fratto happy birthday?; Send that cake this way, Katie Harbath; We’re only on Twitter because of Elaina Plott really.

Former Microsoft CEO Steve Ballmer announced that Poppy MacDonald will be taking on the new role of Managing Director for USAfacts, what a major accomplishment! MacDonald will transition from her current role as President and Chief Operating Office of POLITICO; Jocelyn Moore is the NFL’s new EVP of communications and public affairs; Joining the CNN Politics team as deputy editor is Madeleine Morgenstern who was previously a digital editor at the Washington Examiner; Josh Lederman will be joining the NBC News team as a national political reporter on national security and politics; David Ingram who served as a San Francisco based correspondent for Reuters will be joining the NBC News Digital as a tech reporter; Joining the CNBC.com team as a technology editor is Steve Kovach; Previously a senior staff editor at the New York Times’ Express team, Maya Salam will now be making moves to the Gender team as a writer; Dawn Ostroff who served as president of Conde Nast Entertainment is now heading to Spotify as chief content officer; Shannon Brushe will be starting a new position as Communications Lead, with Policy and Environmental Communications at Duke Energy Corporation; Michael Howard Saul has joined the Wall Street Journal’s Page One as a news editor; After spending four years at VOX, Elite Truong will be joining the Washington Post as deputy editor for strategic initiatives;  Most recently the press secretary for Sen. Tim Scott, Michele Perez Exner will now be joining the CBS News team as a communications director for the Washington bureau and “Face the Nation”; Congrats to Olivia Elder who has joined FWD.us’ Criminal Justice Reform team! Olivia will be handling coalitions, partnerships, and some grant-making at FWD.us as a Criminal Justice Reform Assistant; That’s PROFESSOR Haller to you. Congrats to Rebecca Haller who will be crushing some Intro to Media Entrepreneurship this fall at American University; #DoBigThings DC!