10 Places to Grab a Cigar in the DC Area

6/15 Friday Round Up: Leave work now to avoid traffic

Awesome events: Ugh, who decided that 2 days are enough days in a weekend? Holler at us if you want to start a petition that grants us at least 4; In the meantime – Drink for Desks tonight at Stanton and Greene and support education in Malawi. BONUS: there will be extra credit given in the form of live music; Ok so soccer isn’t huge in the U.S. but watch parties are and these DC bars want to help you score a goal (hey, not the best, but also not the worst joke we’ve attempted); Summerfest DC is here and so is your ticket to SO MUCH BEER!; The inaugural District Cup is happening tomorrow on the National Mall for you polo lovers (not the shirt, but feel free to wear one); If you don’t like running partly because of the way you look while doing it (emoji), here’s your chance to do it in the dark; Omg these tiny homes make for a big event; Meet us at the crossroads! Sorry, bad joke, but that’s our (bad) way of letting you know Bone Thugs-N-Harmony is at the Fillmore Sunday night; East Side Yoga wants you to channel your inner Kelly Kapowski at 90’s Yoga starting this Sunday at REI; Sunday is Father’s Day and what better way to celebrate than with Bunch on the Baselines.

ROUND UP PRESENTED BY
National Confectioners Association
Wishing all of the “pops” a happy Father’s Day…and a great #NationalCandyMonth! AlwaysATreat.com is your resource to learn more about how America’s leading chocolate and candy companies are empowering consumers to make informed choices when it comes to their favorite treats. 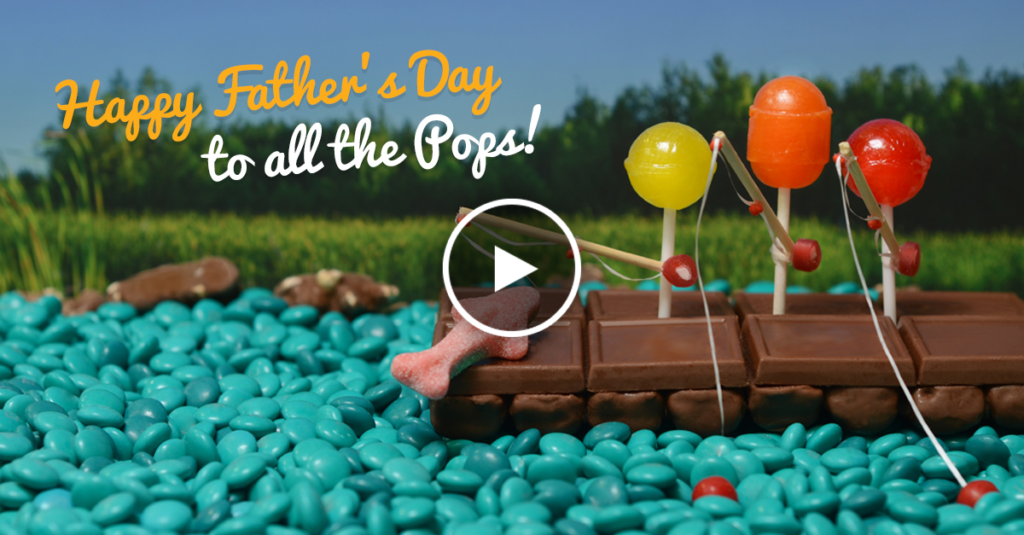 This little boy welcoming his mom home from prison – even though she was on a business trip – is everything; Your dad asked us to tell you to pre-order this book for him for Father’s Day; Here’s a guide to DC’s primary election on Tuesday, June 19; Commuting in DC is the worst – here’s the least worst; Majority Whip Scalise made a major comeback last night at the Congressional Baseball Game (h/t Kelley Hudak); The 2018 RAMMY’s honored DC’s best in kitchen.

Flashback Friday: Move over Kanye, there are way cooler dads in town and we wanna shout ’em out. From patching up our scraped knees to picking us up when we’re down, we want to say “Thanks, Dad!” for everything you’ve done for us and everything you let us do that mom didn’t.

This Father's Day, we want to thank our dads for helping us build forts, making our bruised knees feel better and, especially, for letting us eat cake for breakfast when Mom was out of town. (Don't worry, we're not telling) Happy Father's Day from FamousDC!

An afternoon spent sipping vino at your leisure sounds like bliss, especially for workaholic Washingtonians who could use a glass or two. We decided to take a closer look at the hidden gems right here in D.C.’s backyard. 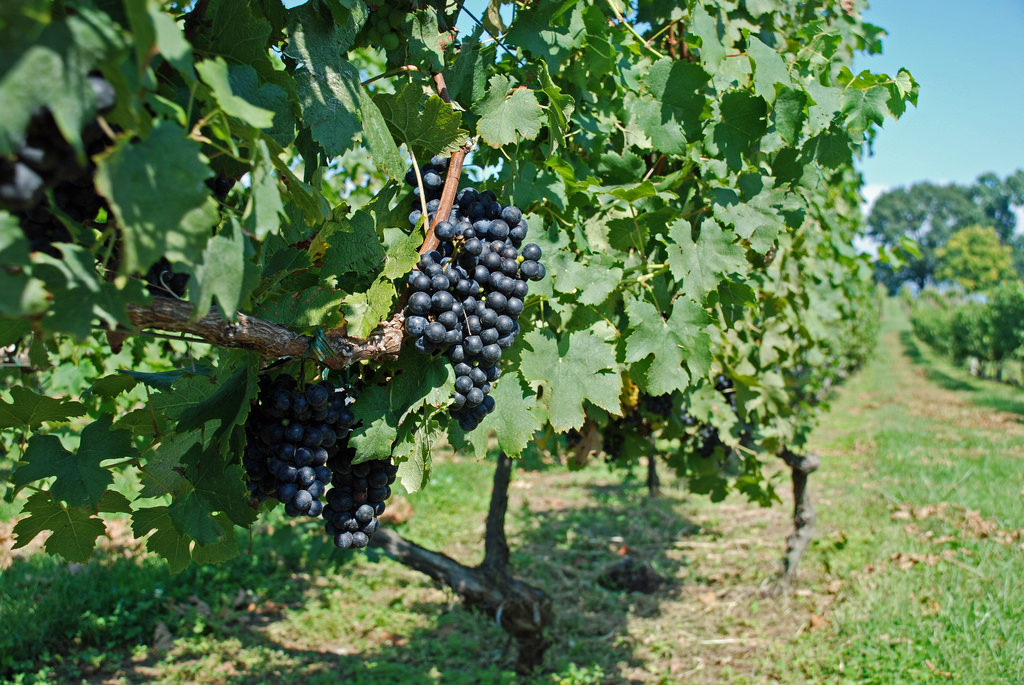 The C-SPAN bus is going on a Spring Break tour that college kids can only dream of; Christa D’Amico and Charles Sublett are getting hitched!; Congratulations Brian and Jamie Wohlert – and welcome to the world Carter Todd Wohlert!; The guy holding up the Stanley Cup in our Instagram story is apparently a lot of people’s boss; Ryan Thompson is the biggest baseball boss on the Hill; Lauren Aronson is living her best life in sundresses this week; Kaya Singleton moonlights as an event photographer; Macey Sevcik wants you to check out Mystery Friends next Thursday at Black Cat; Jake Wilkins has a cat named Knight and Logan Dobson has a lot of Halo Top ice cream; The Snead kids brought the Stanley Cup to Capitol Hill; Michael Clements has a book collection fit for Washington; Shoutout to our friends at DefeatDD, especially Hope Randall, who are in Mexico City this week presenting at VASE 2018; Congrats to Barbara Hagenbaugh and the rest of the Financial Services Forum crew for a successful kickoff of their rebrand; Can’t-miss panel of the week: Tara DiJulio and Amy O’Connor dropping knowledge bombs at the Public Affairs Council’s Digital Summit; Congrats to Brooke and John Weedon on the birth of their baby girl; Did Mike Lurie shave the beard?; Is DC becoming obsessed with charcoal toothpaste?; Congrats to Don Seymour on going back to school; Congrats to Kristen Anderson and Pat Ruffini on 4 successful years at Echelon; FREE IDEA for Congressional Republicans, get one of these dudes to run for Congress ASAP. It would be great to have one of them start attending Conference meetings this year, you know, so they can meet their teammates before next year’s game; Alex Ward is answering all the questions you don’t want to ask; Stay classy Ashish Sen; Did Christopher Thorne get his flip flops?

Prior to taking a new job with Coinbase as a new head of corporate communications Maureen Shanahan was the senior vice-president for SKDKnickerbocker; David Pasch started on Monday as the vice-president of public affairs at Targeted Victory, he served for the previous year as digital director at HHS; Joining the Washington Post as a politics breaking news reporter is Felicia Sonmez;  Locus Street has added Sam Harper to the expanding public affairs team; Nidhi Prakash will be joining the Buzzfeed News’ politics team in Washington D.C. this August;  @ZachMontellaro will be joining the POLITICO campaign team and will be writing the Morning Score newsletter, how exciting; Making moves of taking over as the new Des Moines Register as the new chief political reporter is Brianne Pfannenstiel; Alexis Lloyd will be joining the Automattic as Head of Design Innovation working on the future of WordPress and open-source design, Alexis was previously with Axios. The Hill has hired Tim Homan as their new news editor, previously, Tim worked at Morning Consultant for four years; Starting at the Washingtonian Brittany Shepard has joined the team covering politics, culture and D.C. pulse; Kaveh Waddell has started a new path by joining the Axios team to cover artificial intelligence; Joining Fox News as a contributor is Andrew McCarthy; Jim Rancci’s Senate campaign has hired Leslie Shedd who is now the senior communications advisor and was formerly with the National Restaurant Association as their vice president of communications; Sarah Rittling is the new executive director of the early childhood education group, The First FiveYears Fund, she will lead the bipartisan organization that is funded by donors; Leaving the Department of Energy is Bob Haus, he will be moving back to Des Moines, Iowa where he is going to work on state and intergovernmental relations at Corteva; Derek Mitchell, the former U.S. Ambassador to Myanmmar and an Obama DoD alumni, will be the new president of the National Democratic Institute, congratulations.

6/15 Friday Round Up: Leave work now to avoid traffic