Awesome events: Feel free to kick the weekend off with a nap – but just a quick one – we know you were up late last night and you’ll need energy to continue the celebration since WE WON THE STANLEY CUP!!!!; Alright, moving on…Our other favorite sports team, the Nats, are playing the Giants tomorrow and since it’s National Rose Day, they’re doing us a solid by hosting Rose All Gameday. Um, yes please; The Montana State Society invites you to have a ball at their 14th annual DC Testy Fest tomorrow. Details here!; This weekend marks the annual #pride celebration. DCRefined has a great pride party guide on how to get in on the action all weekend long; Did you know other things happen in Capital One Arena besides the Caps dominating every team in its way? Martin Lawrence and other comedians are in town for the LIT AF Tour for your LOLing pleasure; If you haven’t gotten your fill of Nats Park, head to the field Sunday for Yoga in the Outfield.

ROUND UP PRESENTED BY
National Confectioners Association
Our first place Nationals are a hit – and so is #NationalCandyMonth!
Have fun watching the Nats take on the Giants this weekend – and check out AlwaysATreat.com to learn more about how America’s leading chocolate and candy companies are empowering consumers to make informed choices when it comes to their favorite treats.

Hold on to your caps for #NationalCandyMonth!

Hold on to your caps for National Candy Month! We know the score when it comes to enjoying your favorite treats: By 2022, half of our individually wrapped packs will be 200 calories or less. Learn more at AlwaysATreat.com. #AlwaysATreat #NationalCandyMonth

Here’s the Capitals journey to winning the Stanley Cup in photos; Speaking of, tickets to the Capitals watch party sold out in minutes thanks to 70,000 people; What would you eat as your last meal? Here’s what some of our fave Washingtonians would grab on their way out (h/t Hungry Lobbyist); There’s a whole exhibit dedicated to Oprah in DC; This is how you become a morning workout person; Would Ross and Rachel be together today IRL?

Flashback Friday: Sure, the Capitals dominated Las Vegas last night, but we like to think we paved the way for them just a few short years ago…

Our time in Vegas came to an end. The hype will live on.

From well known trails in Rock Creek Park, to the hills of Great Falls and Old Rag Mountain, there are some amazing hikes surrounding DC that will invite you to become one with nature and forget all about your Monday deadline. 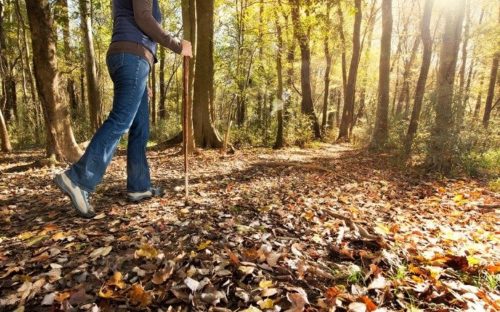 Shoutout to Rep. Steve Scalise and his team on the most epic Whip Floor Update that came in hot right before midnight. GO CAPS! (h/t Ben Napier); Huge congratulations to Zach and Mallory Hunter; Welcome back to Uber charges Paige Decker; Katy Ricalde is giving us vacation envy; Happy Birthday Cal Marrero!; Andrew Powaleny’s Miranda Priestly insta was perfect; Did anyone rock the red harder than Danny Le and his family last night?; Raleigh Bailes doesn’t know this yet, but he won’t be winning back the buckle this year; Brad Dayspring will never complain about Frosé; Chris Taylor had all the feels after the Caps won last night; On a scale of 1 to “WALKING THROUGH A CASINO HOLDING THE STANLEY CUP” – how is your weekend shaping up?; Bryce Harper: He’s running; Whit Askew prefers the name “Witch”; Give Joshua Haburksy a high-five on his promotion; Foster Holcomb is crushing it on Capitol Hill; Congrats to Jason Dick on his book, “Under the Dome.”; Las Vegas is a great city for teams from DC to show off; The DC Police Department is definitely throwing shade at Las Vegas; Mike Lurie will always be worthy of an In-N-Out burger; We want to see Emma Loop fire a musket; We want a heads up next time Michael Steel takes the metro; Team API went out in full force to volunteer at the Lincoln Memorial and Korean War Veterans Memorial this week; Happy anniversary Autria Godfrey and Paul Lindsay!

To start off this Making Moves a big congratulations is in order to Matty Murray who was named editor-in-chief of the Wall Street Journal; Gerard Baker is moving away from a job of 5.5 years to take a new position as the editor at large for the Fox Business Network where he will host a television program; Formerly a politics reporter at the Observer, Madina Toure accepted a new job covering eduction at Politico New York; Dan Holler who was formally with Heritage action is making moves to the staff of Marco Rubio, what an accomplishment; Covering energy and environment for CQ Legal is Jake Holzman who was previously with The New England Center for Investigative Research; Hal Duncan has accepted a new position as War Room Director with the NRSC and will be conducting opposition research for the upcoming Senate campaigns and will stay through the election; Starting the Ambassador Public Affairs program is Luis Miranda and Mark Paustenbach; A hat tip goes out to Sarah Karp Ward who is now POLITICO firm’s chief digital strategist; Caitlin Carroll is joining Senator Richard Burr’s office as communications director and spokesperson for the Senate Intel Committee, previously she was the director of public affairs of PhRMA. Formerly with POLITICO, Ethan Stackpole will be joining the digital team with SKD Knickerbocker; After 13 years with the Wall Street Journal, Laura Meckler will be joining the Washington Post as a national education writer; Congrats to Adam Wollner who officially joins the political team at McClatchy! Adam departs National Journal after four and a half years.