10 Places to Grab a Cigar in the DC Area

Awesome events: We don’t know about you, but we love food and trucks. Truckeroo is adding extra dates and tonight is one of them!; If you’re into really cool digital stuff (what digital stuff isn’t cool?), Playlist Live kicks off today in DC; Yeah, it’s LDW, but sometimes you don’t wanna get too turnt, in which case the Library of Congress is hosting its 17th annual Book Festival on Saturday; If you hate laughing, then don’t go enjoy the improv show on Saturday at the Kennedy Center; The W Hotel is hosting a Labor Day party for those of you feeling a little extra; Forget what the map says, the Caribbean is closer than you think; Rock on, DC! The always promising 9:30 Club hosts DC Music Rocks Festival on Saturday night; We have a hangover just thinking about this, but DC bars will be open until 4 am this weekend for anyone that wants to punish his or her liver; Oh, and here is a helpful guide to navigating around the city (and tourists, obvs).

We put serious time and effort in handcrafting our high fives. If you haven’t tried one, you should seriously reconsider.

If you’re like (some of) us and have trouble putting an outfit together that doesn’t look like you did it in the dark, look at these best-dressed DC peeps for inspiration; DC’s favorite chef is recruiting other chefs to help feed the Houston flood victims; These underground shelters that will protect you from nuclear warfare are pretty nice, tbh; Social media drastically altered the way we stayed updated with Hurricane Harvey; August recess is over which means you’re going to be back at your desk a lot. Here are your Netflix, Hulu, Amazon plans for September; This is more than you want to know about that summer meme you keep seeing everywhere.

Who runs the world (wide web)? These chicks do. They keep us informed, they give us a laugh and they make us not hate Twitter. Take a look at a few of our fave female journalists on the internet.

Here’s to hoping the only labor you do this weekend involves a grill. 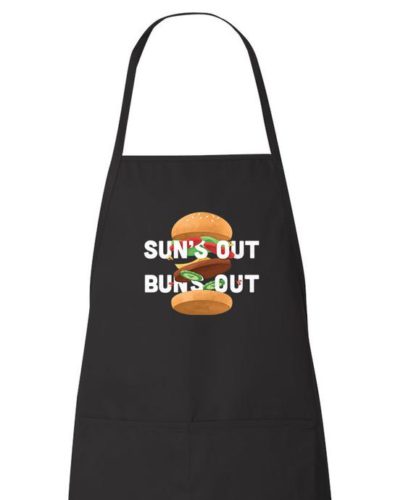 Our hearts remain with Houston. Donate to one of several relief efforts and help victims in need. 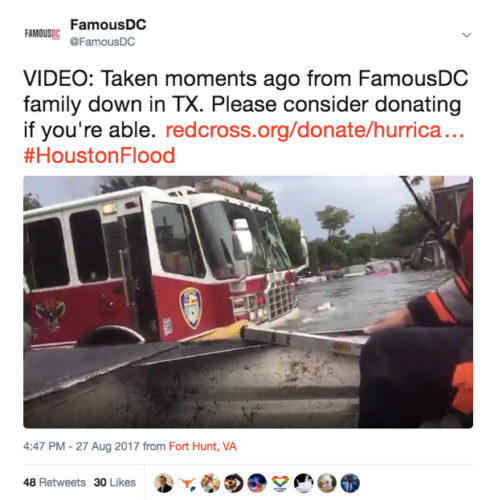 We are sending a big congratulations and best wishes to Cassie Smedile and Blair Ellis as they begin their new roles as national press secretary and deputy national press secretary for the RNC. Smedile makes the move from Rep. Todd Young’s (R-IN) office, where she most recently served as communications director, and Ellis comes from the House Energy & Commerce committee, where she most recently was press secretary and digital coordinator; After a decade with the “Today Show,” Sarah Demarest is making a move to “CBS This Morning” as a DC-based supervising producer; Maggie Hollander, most recently international communications manager for Viacom, has joined MSNBC as media relations manager; Qualcomm has promoted Nate Tibbits to senior vice president of global government affairs and public policy; Exelon recently named Uber public affairs alum and experienced communications consultant Jennifer Mullin director of public advocacy, based in Chicago; Jeff Grappone has been named assistant secretary of labor for public affairs. Before this, Grappone helped lead business and financial press for Siemens USA and previously was communications director for Sen. Kelly Ayotte (R-NH); Government relations firm Ervin Hill Strategy welcomes hill veteran and senior staffer to Sen. Jim Inhofe (R-OK) John Collison as Of Counsel; Arena’s director for political and public affairs Ben Sparks recently joined Red Rock Strategies as its new director of political affairs; Jason Marczak has been named director of The Atlantic Council’s Adrienne Arsht Latin American Center; And finally, The Center of American Progress has named Obama alum and Bryan Cave partner Miguel Rodriguez as senior vice president of government affairs and congratulations to Sarah Demarest on her new star role as supervising producer for CBS This Morning! Sarah leaves NBC’s Today Show where she has spent more than decade!

You guys, college football is back; Alex and Brooke Finland welcomed Clark Read Finland to the world – Everyone is doing great and watching cable news 24/7;  And congratulations to Matt and Summer Bravo – we can’t wait to meet the newest addition #GirlPower; Sean Hayes is navigating into the weekend like a pro; Nate Hodson should Reply All; Brittany Havens is the ultimate Mountaineer; Ask Lauren DiPaola about her stolen Christmas gift; Congrats to Julie and Michael Shutley on the birth of their baby boy!; Don Seymour has a strong Facebook game – as he should; Does Blair Milligan Kossen still read FamousDC?; Ask Bill Gray many Jell-O shots he had this week; We’re living vicariously through Rachel Taylor’s photos this week; Christian Clymer wins the week; Is Hannah Mooney ready for a six pack weekend?; Ask Emily Wilkinson if she’s still scrubbing; When are Alexa, Miguel and Cal Marrero coming to visit?; Give Todd Wooten a high five if you see him; Congratulations Matt and Summer Bravo – we can’t wait to meet the newest addition #GirlPower; Hats off to the Grassroots Professional Network for putting on a GREAT #AGORA event this week; Will Clyde McGrady’s heart still go on?; Ask Jonah Van Why about his ankles; Famous congratulations Drew Ellis and (soon-to-be) Joanna Ellis!; Cara Becker and Emily Pantelis are taking no prisoners in DC this weekend; We appreciate Erik Cox; How many MLB ballparks does Nicole Tieman have left?; Union Pub has a BIG day on Saturday; Julie Germany’s Facebook feed is as entertaining as George Takei’s; Frank Dale for President; Congrats to Sean Spicer for many reasons; Cindy Ziegler is awesome; Call Mark Bryant for business development assistance; Antonia Ferrier, you should try wearing a kimono to lunch. We do it all the time; Rebecca Mark forgot to invite us to Hawaii with her; Jen Richer, we love camo too.