Welcome to Famous Feedback – where we ask the folks that live and run this city a question and compile the responses. In light of the recent blizzard that just passed through the city we asked the friends of FamousDC how they weathered Snowzilla.

“It was a pleasant, peaceful experience – the storm that brought some calm before the storms of Iowa and New Hampshire. Once we found the sledding hill on the Hill, all was well in our world.” – Rick Klein

“I heard something about a storm in DC but I was sipping hot toddies at Sundance.”  – Matt Dornic

“Snowzilla was super confusing for my dog, Charlie. She kept thinking I was throwing a ball, but it was really just a snowball.” – Bubba Atkinson

“Electric smoker plus bounce ‎castle plus daily sledding ventures helped make it a breeze. Also, parents don’t have to be loaded all the time if the tablets are. Technology, not unlike booze, is said to be both the cause of — and solution to — many of life’s problems.” – Jonathan Grella

“We cooked…a lot. From an entire thanksgiving feast complete with a 10lb bird and all the fixings, to beef neck stew and then Pork ribs, we raided the local grocery store and made due! Thankfully we have great neighbors like Beau Thai, Convivial, Compass Coffee, and more to help us weather the storm. With that being said, Dear Baby Jesus let OPM open tomorrow!” – Hungry Lobbyist

“Pro Tip: Trying to potty train a headstrong 2 yr old while locked in the house for 4 days is like mixing a lit match with gasoline. They just don’t go together.” – Alison Hawkins

“Friday morning at midnight before the flakes began to fall, I got to celebrate my birthday with my fellow Tequila Mockingbirds from the Congressional Softball League.  It was a nice kickoff to Snowzilla and my birthday, which I rode out on my couch.  All in all, power stayed on and had enough cheese puffs to make it through, so not a bad blizzard.” – Gretchen Gailey

“The Quorum team spent the weekend holed-up working on our newest product launching next week. But it wasn’t all work and no play— between coding and strategy sessions we made time to build a snow fort and and go sledding (And I pulled out my trusty penguin costume).” – Alex Wirth

“I dealt with the storm by aggressively brunching at a friend’s house and then going out. I’m a Pennsylvania girl, so it takes more than a little snow to keep me cooped up all weekend.” – Nikki Schwab

“Sitting here on day five, I am finally hitting the level of stir crazy, but after catching up on sleep, launching a new website, reorganizing and cleaning the entire house, and reaching a zero email inbox (for a total time of approximately five minutes), I can say Jonas undoubtedly made for a productive five days!” – Lindsey Mask

“Apart from filming a few time-lapses, there wasn’t much of a difference between this and any other lazy weekend spent watching Netflix and drinking beer. Luckily, the power never went out so book reading was only a possibility, not a necessity. Oh, and Cheez-Its Grooves are amazing!” – Jeremy Art

“The storm was a blast — a great opportunity to get out and play with my wife and daughter, go on some walks with my camera, and also kick back at home with my family. It was very cool to wake up Friday morning to that awesome red sky at dawn predicting the snow to come!” – Jim Havard 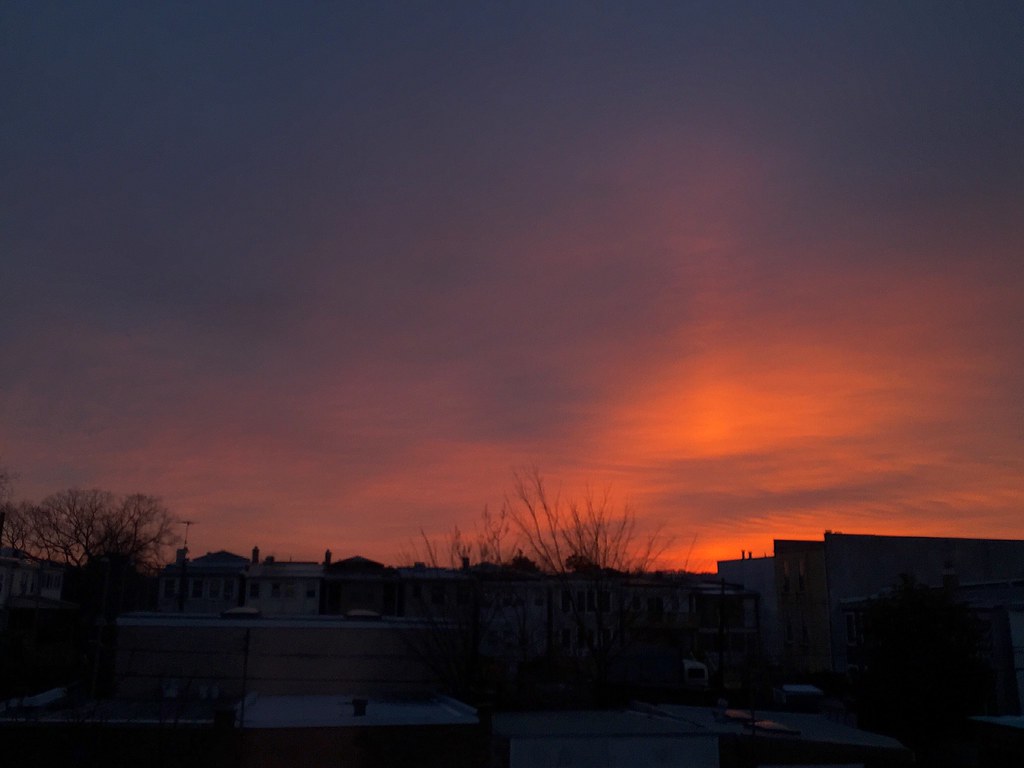 “Our friends “staycationed” at a home in Logan Circle for the weekend. Activities included an aggressive game of Cranium, Cards Against Humanity and spiked hot cocoa, which prompted a Grease dance party. Only the dog got cabin fever. Best. Weekend. Ever.”  – Lauren Culbertson

“Broke out my badass monster snowblower, freed my part of the neighborhood since our homeowners association failed. The storm was fierce, but all is back to normal. How many weeks till Spring?” – Mark Walters

“Cabin fever really kicked in when I bought a new car two days before the storm and couldn’t (still) can’t drive it anywhere. I got snowed in with my parents so needless to say I was desperate for a champagne and orange juice run by hour 2. The storm taught me that apple juice is still a great substitute.” – Carolina Hurley

“It was great – I was able to become one with my Spotify.” – Tom Wilbur

“As an Ohioan, my snow ‘storm’ experience was filled with natural wonder and marvel — mainly marveling at the inability of Washingtonians to function in a little snow. Wife and I walked our (Ohio-born) dog 4 times a day and it was no big deal. I wore loafers and was fine. When the storm subsided, it was cute to see all of the southerners out taking selfies in the snow, having huddled inside all weekend.” – Jim Swift

“Snowzilla could have been worse. At least we kept power, had ample wine and got to test some new crock pot recipes. My only regret is not ordering a snow blower on Amazon Prime.” Allyson Funk

“Better than expected. Children put together a solid two day streak of good behavior.  Plenty of firewood, sledding, bourbon, wine, beer, and food.  Also, shoveling for hours on end provides oneself with an odd sense of accomplishment, as does going 2-0 on football gambling (if sports betting was legal).” – Alex Finland

“Aside from having to spend a LOT of time actually working when I wanted to play hookie with everyone else, I did bundle up at the height of the storm Saturday afternoon to go outside and recreate Leo’s performance in The Revenant. Then I went to a friend’s house who lives across the street to drink whiskey, play Quarto, eat Chicago-style hot dogs, and watch his neighbors get stuck in the parking lot.” – Andrew Ricci

“It was incredible, but now everything hurts and none of my clothes fit.” – Sam Nathews

“After years of telling friends that DC winters are nothing like Colorado or Michigan winters, I finally got what I’ve been bragging about. And it was fantastic.” – Mike Morrison