6,000 – that’s the number of props, posters and charts from U.S. elected leaders that William Gray has collected and archived over the last 5+ years for political junkies, and at the very least, himself. William, who goes by Bill, lives in Washington, DC and watches “way too much C-SPAN and cable news” so naturally he needs a place to share all of his acquired knowledge and love for politics. We introduce you to FloorCharts – the website, and now, the book.

In 280 characters or less, tell us about FloorCharts

My aim is to archive and share every chart, prop and poster used by members of Congress and the Executive Branch. I have more than 6,000 collected to date. (p.s. I’d also like an easel emoji!)

How did this endeavor come to be?

I was sitting on Twitter in 2012 just after Barack Obama was re-elected and as Senator Dick Durbin started his speech against energy drinks – accompanied by a giant poster of a 5-hour Energy. Two reporters – Niels Lewsniewski and Elise Foley – batted that someone needed to create a Senate charts Tumblr. I did – and it evolved into FloorCharts years later. 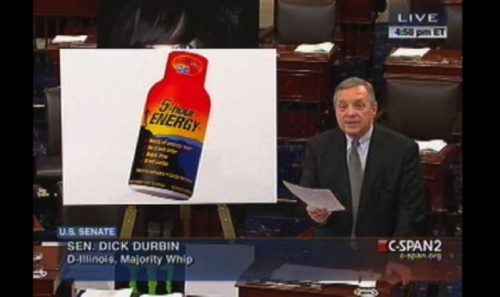 What’s a typical day for FloorCharts?

I schedule tweets in the morning on @FloorCharts, queue up 2-4 charts a day on FloorCharts.com and then spend my lunch break scrolling through tweets, e-mails and text messages if Congress has been drowning viewers in poster board all morning. To keep up with the sheer amount of charts and props used any given week, I’ll spend some time catching up on C-SPAN a few nights a week.

FloorCharts also covers props – who’s had the best prop in the history of props? 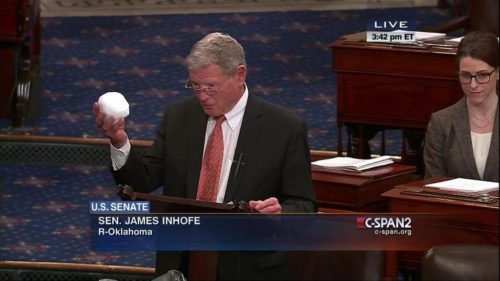 Which is your favorite floor chart?

My personal favorite is Georgia Representative Rob Woodall (R) with a chart of … himself! Runner-up: Then-Rep. Sherrod Brown (D-OH) explains why making a hamburger is not the same as manufacturing a car. 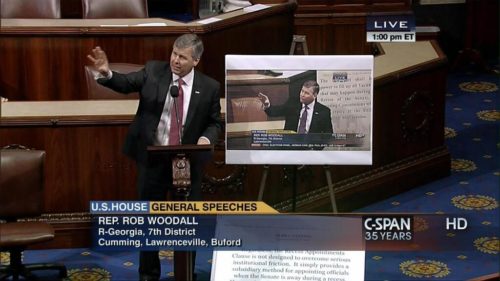 BONUS! Other than the Hill, what’s your favorite spot in DC?

I live in Navy Yard which means I spend as much time as possible near the water, usually with Ice Cream Jubilee in hand.