9/28 Round Up: Goodbye civility, hello weekend

Famous events: If you’re a fan of food trucks (which, let’s face it, who isn’t), then Truckeroo is the place for you; Enjoy ‘Opera in the Outfield’ at Nats Park; Run, don’t walk to ‘Wanderlust 108 – The World’s Only Mindful Triathlon’ happening this weekend!; If “The Great Gatsby” is one of your favorite books (& movies), then “Dardonella: The Great Gatsby Lawn Party” is where you should be this Saturday; It’s Fall, y’all! Start the (best) season off right and attend Northern Virginia’s Largest Oktoberfest this weekend. Bring the whole fam and get tickets here; New District Brewing Company is proud to present the second Annual Valley Fest Street Festival! There will be entertainment, local artists showcasing their pieces, and food trucks with delicious treats; “That’s How Strong My Love is” is an abstract art and photography exhibit inspired by the artists’ connection to their fathers. All ticket proceeds go to the Ted Rullo Foundation, a not for profit focused on providing college scholarships for aspiring leaders.

Flashback Friday: We caught up with Port City founder, Bill Butcher, at his place of “business”, a term used loosely for a place that feels more like a home.

It’s been the cloudiest, most depressing September in the history of Septembers in DC; it’s also a great time to be a mushroom in the DMV; real advice for parents who want to raise confident girls; if this dress doesn’t brighten your day, there may be no hope for your rainy blues; a feel-good story about opening doors for immigrant kids; a round of applause to the entire NBWA team on a wildly successful 81st Annual Convention in San Diego earlier this week; have you listened to IER’s latest podcast?; Alexandria is still buzzing from The Public Affairs Council’s State and Local Government Relations Conference; the Stanley Cup continues to go to unusual places; stand together for suicide awareness, and a kid entrepreneur with a passion for helping others; A small public affairs firm is doing big things to give back to the community. Only after 18 months of being in operation, Advanced Advocacy is in full speed with its 2nd Annual Charity September Suit Drive. Give a Suit, Change a Life – and learn more.

Here are 11 women journalists we think you should follow – because after all, we all know women are better with directions anyways. 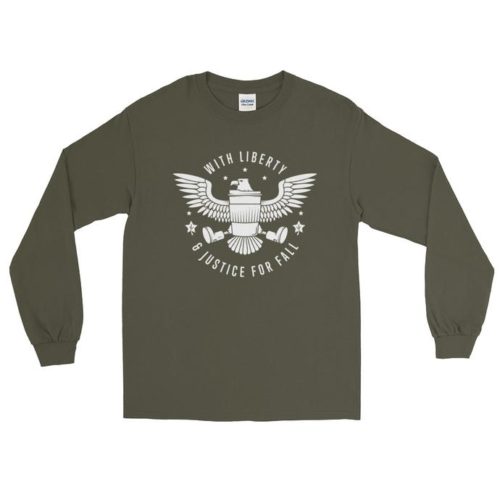 Friends, this was a tough week in Washington and around the country. We obviously have a lot of areas for improvement in the “American politics” department. Regardless of your political beliefs, it was almost impossible to go on social media this week and not lose a little bit of faith. We’re all in this together and we’re confident we will all move on from this week. With that, do us a favor this weekend and try to make someone smile. There’s a lot of good in this city and we’re determined to keep highlighting it.

Hey, hey, hey to Holly Campbell!; Apparently, Anton not being in the front row at SC is becoming an issue; We’re still not over the new Maggie Rose, right Becky Card?; Andrea Riccio has some sweet new kicks; You were missed at drinks last night Big Puffin; Michael Steel, a small sailboat is actually a great investment; Brittany Havens + Sugar Shack = employee of the year; DJ Gerrish is doing something right; It’s been too long since we gave Sara Croom a shout!; and that’s a wrap on home games for the Nets and the hard work of Adam Froemming; Catherine Easley is holding out hope that Amos will sign her copy of “Climbing the Hill”; where in the world is Nicole Mason today?; has Whitaker Askew lost all hope with his Vols football team?; ask Kathryn Lehman about her 10-minute mile; congratulations to Lauren Kane and Alexis Bierman on joining the NBWA team as Vice President of Communications and Editorial Assistant, respectively; Troy Kravitz is an awesome ANC commissioner; Sarah Schladen Smart is jamming out to Dinasaur Jr.; We’re happy that Sarah Fritz found Hobbs a good home; The lovely Yael Shapira is looking for someone to rent her great apartment; Jeremy Art (aka, 110-V-1) is living out every boys’ baseball dreams; Thanks for the live feed, Libby Chamberlain; Amen. Courage is definitely what we need, Tucker Warren; Dave Winfield, ate delicious fried chicken; Let’s get a drink soon, Tommy McFly; Chris Seidel, can you please run for Congress?; Don Seymour, you do not smell bad. It’s the train.; Happy birthday to Grandpa Weiss, Carla Weiss!; Hi, Daniel Lippman!”; Mike Ricci‏, let’s have lunch sometime soon!; thanks to Hannah Mooney for reminding us of the importance of dogs; wishing Michael Jacobson the best of luck as he leaves USTA to be the CEO of Illinois Hotel & Lodging Association; congrats to Julie Varghese and Kate Sagar on another great gala!; Hope Randall and the DDD team are on fire; Lori Ziebart is a rockstar; does Rob Saliterman still read this far down?; and lastly, a big congratulations to Jaime Harrison and Amos Snead (our beloved co-founder) on the launch of “Climbing the Hill: How to Build a Career in Politics and Make a Difference” – which is now an Amazon bestseller in U.S. Politics!

Sending our congratulations to Annie Karni, who recently joined the New York Times White House team; Matt Visor is making moves to the Washington Post as a national politics reporter. He previously worked for the Boston Globe the past 16 years. Hats off to you Matt; Sabrina Rodríguez announced she is taking on a new role at Politico as a trade reporter; Jenn Sherman started this week as Senior Advisor for Communications in the Office of the Assistant Secretary for Health at HHS. She was previously the press secretary at the House Energy & Commerce Committee; Maegan Vazquez is covering the White House and Claire Foran will be reporting on Capitol Hill for CNN Politics; Fredreka Schouten is also joining CNN Politics as a national political reporter with a focus on money and politics. She most recently was at USA Today; Tal Kopan will be the new Washington correspondent for the San Francisco Chronicle. She was most recently was a political reporter for CNN Politics; Matt Simeon will start as Senior Advisor to the CEO/Executive Director at the National Governors Association (NGA). He previously worked for the National Restaurant Association; Edward-Isaac Dovere, most recently chief Washington correspondent at POLITICO, is joining the Atlantic as a staff writer; Caroline Kelly, who served as a CNN news associate for the Russia team, is joining CNN Politics as a breaking news reporter; Allison Hoffman is joining CNN as a senior editor overseeing policy coverage around the economy, business, fiscal policy, and deficits. She most recently worked as a national editor at POLITICO. Drinks on us this weekend! #DoBigThingsDC

9/28 Round Up: Goodbye civility, hello weekend