There Will Be Robotaxis

You think the DC Taxicab Commission is pissed at Uber now? Wait until you read this:

“In a major update to its mobile app, Google Maps will now integrate Uber’s on-demand car service. That means when you’re looking up the route from point A to B in certain cities, the app will show you the best way to drive, bike, walk, or Uber there. Choose option four, and a single tap launches your Uber app and hails you a black car.

“That’s an entire fourth mode of transport there folks, which speaks to what the Silicon Valley darlings may have in mind for the future. One idea … is that the company plans to build a system of autonomous, on-demand robotaxis.” 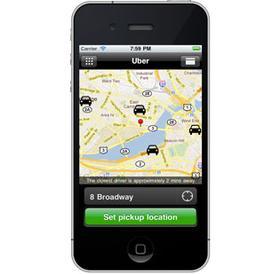 Is this map populated with on-demand robotaxis?

There Will Be Robotaxis